On Tuesday, September 29th (yes we are that far behind on our blog!), we actually spent most of the day trying to catch up a bit on our blog (believe it or not). As the weather cleared up in the afternoon, we ventured out to do a little bit of sight-seeing around the town of Jasper. It was a perfect autumn day so we drove over to Patricia Lake to take some photos, then over to Pyramid Lake where we went for a leisurely stroll onto Pyramid Island. This petite island has an easy 600m trail which provides several lookout points with stunning views of Pyramid Lake and Pyramid Mountain. Pyramid Mountain is composed mostly of Gog quartzite which is the hardest rock in Jasper National Park. Within the layers of rock is also iron pyrite or “fool’s gold” which has weathered over the years to give off the pinkish-orange tinges shown on the peak.

After our short stroll, we headed over to the Fairmont Jasper Park Lodge which sits on Beauvert Lake. The sun soon set so we entertained ourselves in the game room of the lodge before sitting down to a special sushi dinner with a well-loved chef in a small restaurant (that only seats about 12) tucked away in the basement of the lodge.

Although it wasn’t a particularly adventurous day, we managed to soak up some of the sights around Jasper Town before preparing for (what we thought would be) another long travel day on Wednesday. 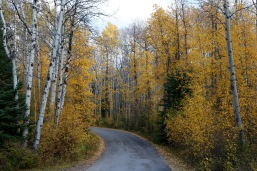 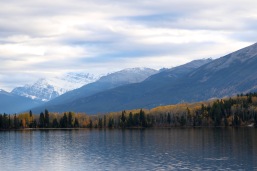 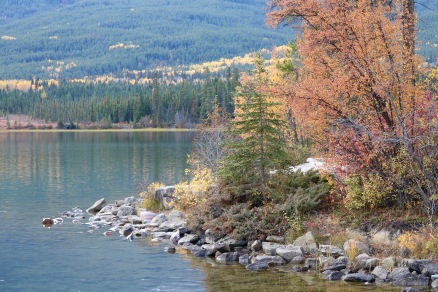 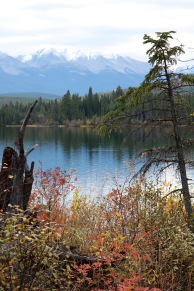 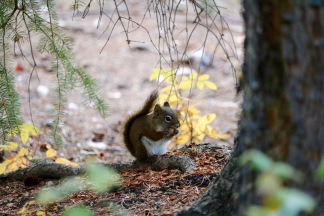 A red squirrel on Pyramid Island in Jasper National Park 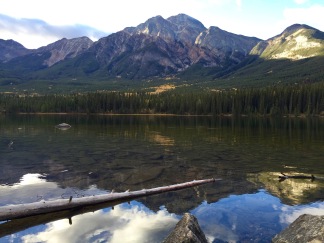 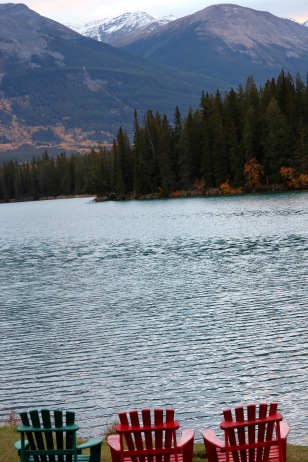 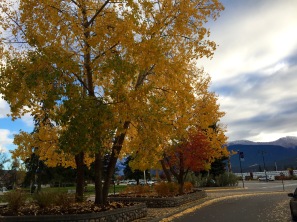 Beautiful fall colours starting to show in the town of Jasper. 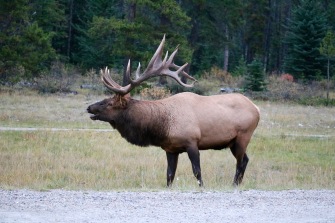 Like Loading...
← Canyons, Lakes, Islands, and Icebergs
The Perfect Farewell to the Rockies & A Slice of Saskatoon →

2 Comments on “Around Jasper Town”