The Perfect Farewell to the Rockies & A Slice of Saskatoon

The morning of September 30th, we reluctantly packed up our camp in Jasper National Park and hit the road to Saskatoon, SK. As we cruised through the last bit of the Rocky Mountains, we listened to our Alberta playlist which consisted mostly of Canadian country music. Out of curiosity, we looked into whether there were any concerts going on along our route to Saskatoon and discovered that Dean Brody and Paul Brandt (the primary artists on our cross-Canada road trip playlist) were playing together in Edmonton that night! We couldn’t think of a more perfect farewell to the Rockies than going to a good ole Canadian country concert in Alberta before continuing East. So we made an early pitstop in Edmonton to arrange for concert tickets and a hotel for the night.

We had a blast at the concert and still managed to get a good sleep before continuing East to Saskatoon, SK.

We arrived in Saskatoon the following afternoon for a single night stay in the prairie town. In an attempt to explore as much of the city as we could in the limited time we had, we parked the car at our Air B&B and hopped on our bikes to discover the Meewasin Trail. This well-manicured trail runs on both sides of the South Saskatchewan River which flows right through the centre of the city.

We stopped for dinner at the Spadina Freehouse (recommended to us by a Saskatonian we met in Jasper) and did a little bit of walking around the city before heading back and packing it in early.

Exiting Jasper National Park on our way to Edmonton, Alberta.

Beautiful fall colours along the highway on our way to Edmonton, Alberta. 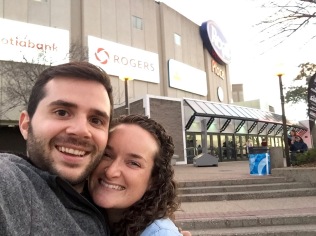 Excited for the Dean Brody and Paul Brandt concert. 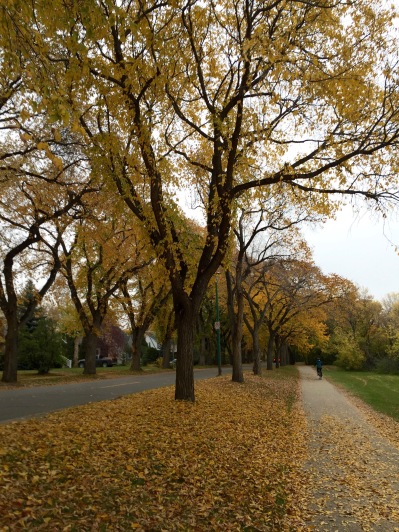 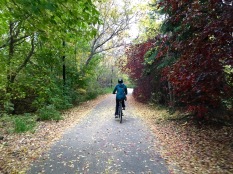 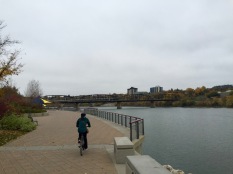 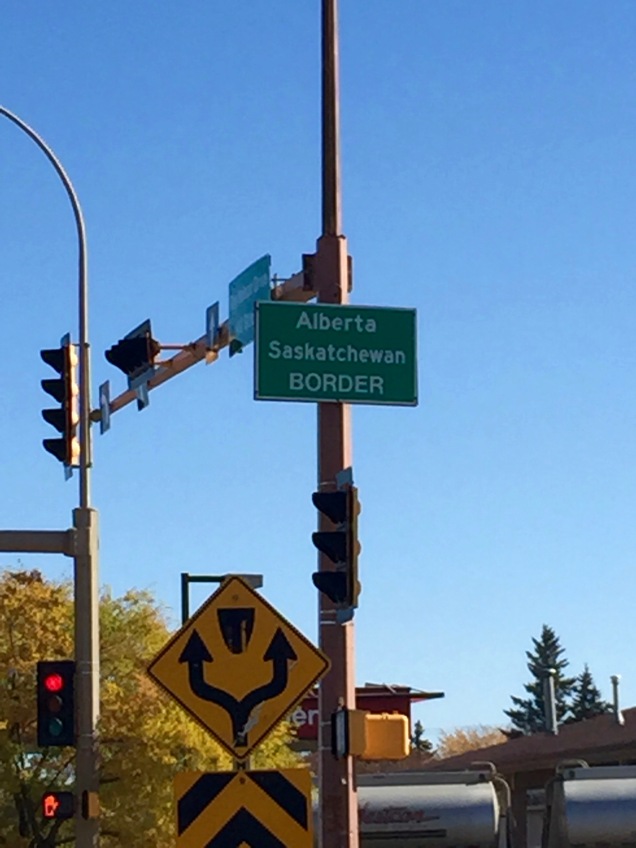 Passing the Alberta/Saskatchewan border in Lloyminster on our way to Saskatoon.
Adam & Amanda